This archived section contains blog entries from the past written by Nicholas Dutko, owner of Auto Transport Quote Services. Check out topics that may interest you.

Not too long ago people were hoping onto the gas savings wagon and buying up hybrids and fuel sipping cars like they were candy.  Then with the flick of a switch auto makers started bringing back some muscle and high performance to select models in their lineup.  Auto Transport Quote Services wants to talk about a rumor that has been going around that Mazda might be developing an RX-9 with 450 horsepower.

This car that is being rumored is suppose to be the long awaited successor to the iconic RX-7.  Sources are saying that the vehicle is still in development.  Speculation was going that this car might be one of the Mazda 6 spinoffs that Mazda talked about putting out a few years back, but sources are saying that this is not going to be the Mazda 6 spinoff and it will be a sports car that is going to take Mazda back to its roots.

Mazda will be celebrating 50 years since it released the first rotary engine in its brand in 2017.  If Mazda can get it moving, this new sports car could be released in time for that and potentially have a special edition or something different to celebrate Mazda’s 100th birthday, which happens in 2020.  Though, maybe Mazda will hold off on this new sports car all the way until 2020.  It will all depend on how far along Mazda is on the process of creating this new car.  If Mazda is working on a new RX-9 to replace the RX-7 we are thrilled about it.  We have transported a few RX-7’s across the country and to car shows in recent years so we would be honored to transport the new replacement, the RX-9.

With rumors and speculation this is all theoretical.  One can only take the knowledge and information and make the best assumptions and estimations.  What do you think of the possibility of an RX-9?

Auto Transport Quote Services has reports in the past about the success of Jeep and its branding.  The Jeep brand has a cult-like following because it is durability and off-roading capabilities.  Jeep has shown interest in making a high-end luxury off-road vehicle recently, but Land Rover has shown interest in coming back to that market as well.  That just means that off-road vehicles will start getting an overhaul into the luxury category very soon.  Land Rover has been discussing bring back the Special Vehicle Operations (SVX) department for its client looking to have a luxury SUV but also having off-road capabilities.  Experts that received the lead or rumor are saying that the first vehicle Land Rover will debut with the SVX label would be the new Defender.  It does make sense because the last SVX labeled vehicle was a Defender back in the early 2000’s.

The Jaguar Land Rover group has had recent success with their SVO division with a high performance Range Rover Sport SVR and their is a Jaguar F-Type SVR in the pipeline as well.  Bringing high performance, off-road capabilities and extreme luxury is a category that is uncharted currently.  It will be a breath of fresh air to see something new a innovative come into the marketplace. Land Rover was first known for its off-road vehicles, but it has lacked in that field for many years.  Yes their vehicles have 4×4 capabilities, but bringing the SVX label back will bring them closer to their roots while still upholding its current luxury status in the market.

We think that is Land Rover does start putting SVX labels on their vehicles and making their high performance with extreme off-road capabilities and giving the customer some awesome luxury will be a winning combination and will give the high middle-class and the upper class vehicles to look forward to that they have have fun in and have the family along for the ride as well.

EV, or Electric Vehicles, are the wave of the present on automatic technology. It seems as if each year we see more and more electric vehicles being made and brought to market. Auto Transport Quote Services wants to bring to you a new EV called the 2015 Kia Soul EV.

The vehicle starts out being not necessarily a cheap one, but it is a decent price for an electric vehicle at $36,625 before any of the Federal and State incentives.  Reviews about the new Kia Soul EV state that the HVAC system is excellent, the vehicle has great acceleration and pretty decent mileage per charge.

We want to jump right in and talk about the acceleration.  It is a well known fact that electric cars have excellent acceleration.  It has been documented hundreds of times with Tesla Motor vehicles.  The reason for this in the instant power electric vehicles have.  You hit the gas and there is no waiting to get up to a certain power, it just is there in a split second.  Kia has done the same thing with its’ 109 HP electric motor.  Looking at the motor only being 109 horsepower seem wimpy, but with an electric vehicle you get a jump off the line fast.  Stop and go and merge into traffic with ease in this electric car.

The mileage per charge is estimated at 93.  That is actually pretty decent for the price point.  The Chevrolet Volt gets nowhere close to that number and the Tesla Model S gets much more, but it is also more than twice the money.  The charging of all EV’s can be challenging if you need to drive for long periods of time because electric charging stations are still not wildly popular yet, so you mostly have to just charge it at home.  You can charge the Kia Soul EV with a standard outlet or a 240-volt outlet.  In a standard outlet it can take about 8-10 hours to charge it fully.  The 240-volt will charge the vehicle is just 4-5 hours.  In most scenarios the standard charger will work just fine and just charging the car overnight.

As a company, we have always been a fan of electric vehicles, especially Tesla vehicles.  This Kia Soul EV is a great little car that has a ton of offer its customer base.  It is affordable enough for the average America and the range is plenty as well for most scenarios.  All-in-all it looks like it is a great buy. 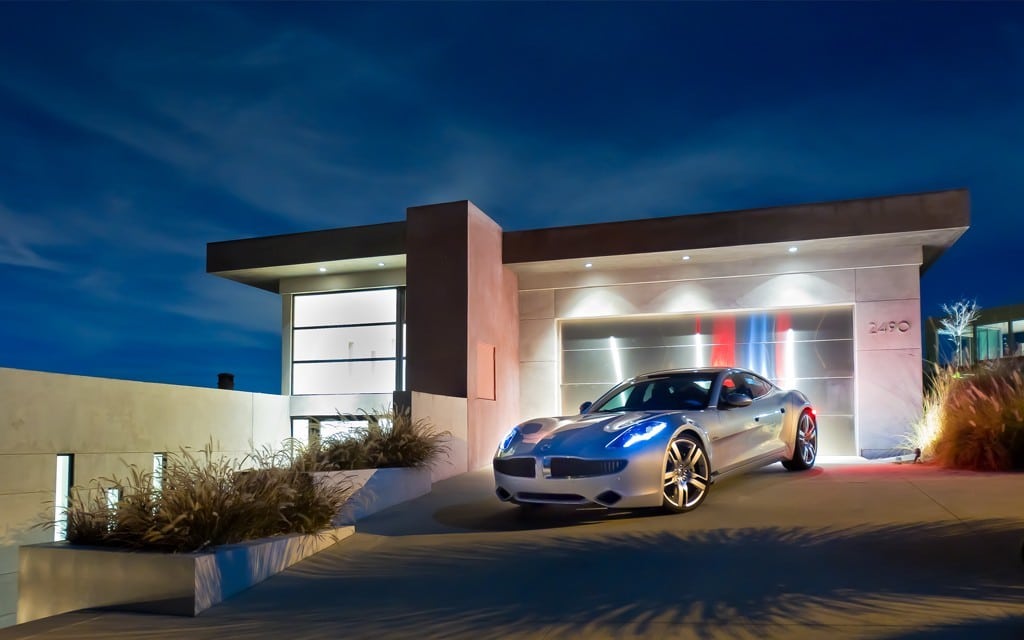 Back in 2011 Nicholas Dutko, owner of Auto Transport Quote Services, was starting his first business Car Shipping Carriers.  Being somewhat of a car enthusiasts himself he had two favorite up and coming cars brands, Tesla Motors and Fisker Automotive.  Both of these cars were environmentally friendly with Tesla using electric motors and Fisker using solar panels and electric motors.  Both of these cars had great exterior styling as well which made them look like eye candy.  These vehicles were beautiful, but they are certainly not cheap by any means.  Tesla starts at $70,000 and Fisker Karma was above the $100,000 mark.

As the story goes, Fisker Automotive didn’t last too long because of complications with their vehicles and losing money on their vehicles.  It was sort of insane because Fisker was the company that was suppose to beat out Tesla because of the founder being Heinrik Fisker who was the creator of the Aston Martin DB9 and the BMW Z8.  Things were suppose to be bright for Fisker.  In 2013 Fisker was officially bankrupt and had to close its doors.

Now in 2015 Fisker is going to be making a comeback.  Fisher is now owned by a Chinese owner and the new owner wants to pick up where Fisker last left off.  The Chinese company who owns Fisker, Wanxiang, is the largest auto parts maker in China.  It has the financial backing that it didn’t quite have before.  Now renamed Fisker Automotice and Technology Group (FATG), the return of Fisker could be happening as early as mid-2016.

When production does start going back into effect FATG will be produced in the new Costa Mesa facility which is also the new headquarters for the company.  The company has launched a new website for customers and it looks as promising as ever that Fisker will live once again and will be a true competitor of Tesla.

People are routing for the Fisker Karma because it truly was a beautiful masterpiece of a car.  It has a stunning exterior that makes anyone stop and stare when it drives by, it has technology coming out of it’s ears that no other car current has and it is truly a one of a kind.

We are looking forward to seeing Fisker start production again and seeing them on the roads.  In Tampa I have only seen two Fisker Karma’s on these roads, so hopefully we will start seeing more soon.

Auto Transport Quote Services is always trying to get the word out to make things just a little bit cheaper for people, especially our own customers.  When we are transporting a car for a customer we want to find them the best quotes and get the best transporter to perform the job.  This article is about buying a new car and making sure you’re not paying as many or potentially any dealer fees.

Dealer fees have changed over the years.  Some dealers make up fees by using weird names or sometimes just initials just to dd an extra charge to the price of the car.  All of these extra fees and dealer fees is pure profit for the dealership.  They do not need to have the dealer fees, but it seems that companies are looking for any way possible to earn an extra buck, even if it is to screw over its own customers.

Dealers will come up with fee such as extra protection for the fabric in the interior of your car, or even the under body.  Guess what?  There is already a protection from the manufacturer on these things.  You’re paying extra for nothing.  Also, dealerships have been known to charge for paperwork processing.  All this fee is for is for someone to perform their normal duty and process your paperwork.  They are already going to perform the task, the dealer is just trying to make extra profit off of you.

Most people do not negotiate these smaller charges on their bill of sale because they do not see it as much extra.  An extra $300 spread over 60 months or even 72 months is hardly anything, so most people do not even bring it up or negotiate on those fees.  Majority of people only focus on the larger numbers in the equation.  They will negotiate on those numbers and feel good about getting $1000 or $2000 off the bill of sale price, but the dealership already has those smaller numbers to still make a good sized profit on you.  They built in their own extra numbers because they know people will negotiate on the larger numbers and not focus on the small ones.

It is time for us to bind together and take a stand for these fees that we should not be paying.  Why pay an extra $2000 to a dealer when you can have that in your pocket instead.  Granted it may only be $2 extra per month, but $2 is still $2.  It is time that we fight for what is right and what is fair.  Stop paying these extra dealer fees! 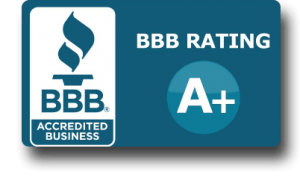 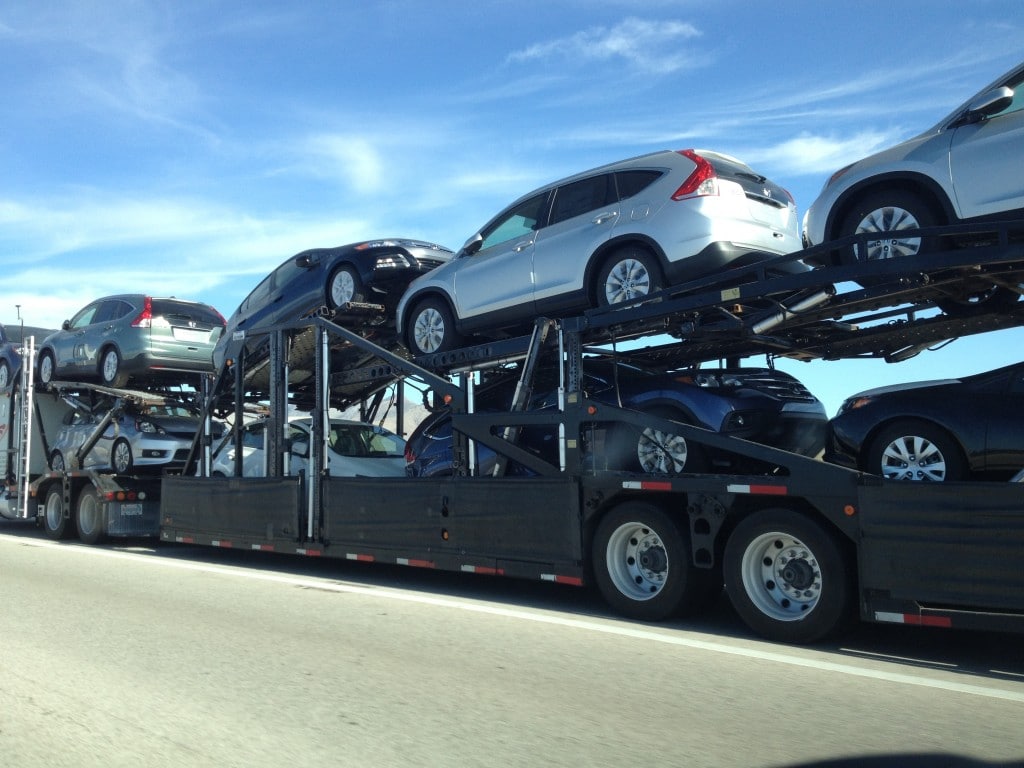